A Brief History of Bakwa Magazine

On Tuesday, February 1, 2011, I stared in disbelief at a computer screen in a cybercafé, at a sentence which announced the end of PalaPala Magazine. It was a short, languid sentence, which marked the end of an era. “This is our final issue.” It read, immediately after a thank you note to readers and contributors. “This can’t be true,” a comment followed, to which Kangsen, the Founding Editor replied, “You are PalaPala. Hence, it lives.”

PalaPala was a pan-African journal of culture, and the politics of art and media, which I discovered shortly after the publication of its maiden issue, by prowling the recesses of Chimurenga Magazine online in 2008. I quickly got carried away by other things, and rediscovered it via a mention on Scribbles from the Den, within the same week, and spent the rest of that week consuming it. Founded by US based Cameroonian writer Kangsen Feka Wakai, with the help of Nigerian born artist Abidemi Olowonira and US based Cameroon writer Dibussi Tande, PalaPala quickly became the most important platform for Cameroonian writing and analysis. It was the zeitgeist.

In retrospect, some of the most important conversations on Cameroonian literature (in English) in the 2000s were birthed in issues of PalaPala, notably, Dibussi Tande’s response to Patrice Nganang’s piece “Literature Apartheid in Cameroon,” as well as Wirndzerem G. Barfee’s piece “The Growing Lacuna in Cameroon Anglophone Literary Criticism and Debate.” Wirndzerem’s piece was a critique of the aloofness and critical indifference towards literary production, while nostalgically applauding the 80s, characterized by literary and critical feuds which played out in newspapers and magazines.

In a piece for NABJ Digital Blog, Kangsen described PalaPala as “the kind of forum where Nigerian writer Tolu Ogunlesi can introduce readers to the inimitable Zimbabwean writer Dambuzo Marechera; where Berlin based Kenyan Poet JKS Makokha can evoke his sublime lyricism; where Cameroonian writer Wirdzerem G. Barfee can critique the state of English-speaking Cameroon literature; where Palestinian cultural activist Hadeel Assali can have conversation about poet Mahmoud Darwish and the Houston Palestinian Film Festival, which she helped found.” Despite this description’s aptness, it hardly captures PalaPala’s soulful-cum-tech savvy dimension the way the site’s poetry and podcasts did.

With contributors and readers from cities such as Bamenda, Houston, and Port-au-Prince, PalaPala’s pan African outlook and readership was clear and evident in its issues, such as Houston: Sweet Sweet Bayou (PalaPala #1), East of Bakassi (PalaPala #2), Tori Long, Time Short (PalaPala #8), and For Haiti (PalaPala #9), which provided visibility for many unknown writers and created a community.

PalaPala’s emergence at a time when there was a shrinking of space in newspapers for literary (and cultural) criticism, resonated with the urgency to move the centre of critical analysis from the “tyrannical walls of the academia” to the streets.
As I stared at a computer screen, on February 1, 2011, at what announced the end of PalaPala, I knew I had to do something, but I had no idea what. This feeling was later drowned by the pressure of post-graduate coursework, but gradually resurfaced in the form of nostalgia when I started heavily consuming The New Yorker, Chimurenga, Kwani?, Granta ,and Saraba. By that time, Kangsen was a friend— and mentor— and probably the second most influential literary presence in my life, after my father, Johnnie MacViban.

After I’d read the farewell note on PalaPala, I emailed Kangsen and asked why PalaPala had ended, to which he replied, “PalaPala has done exactly what it was meant to do, and it is better to leave on a high note.” Throughout most of 2011, I communicated almost daily via email with Kangsen, and we spoke about everything, from poetry to politics, as well as the concept and direction of Bakwa Magazine.

Ten months, one day, and six hours after the end of PalaPala, I started Bakwa, in November, 2011. 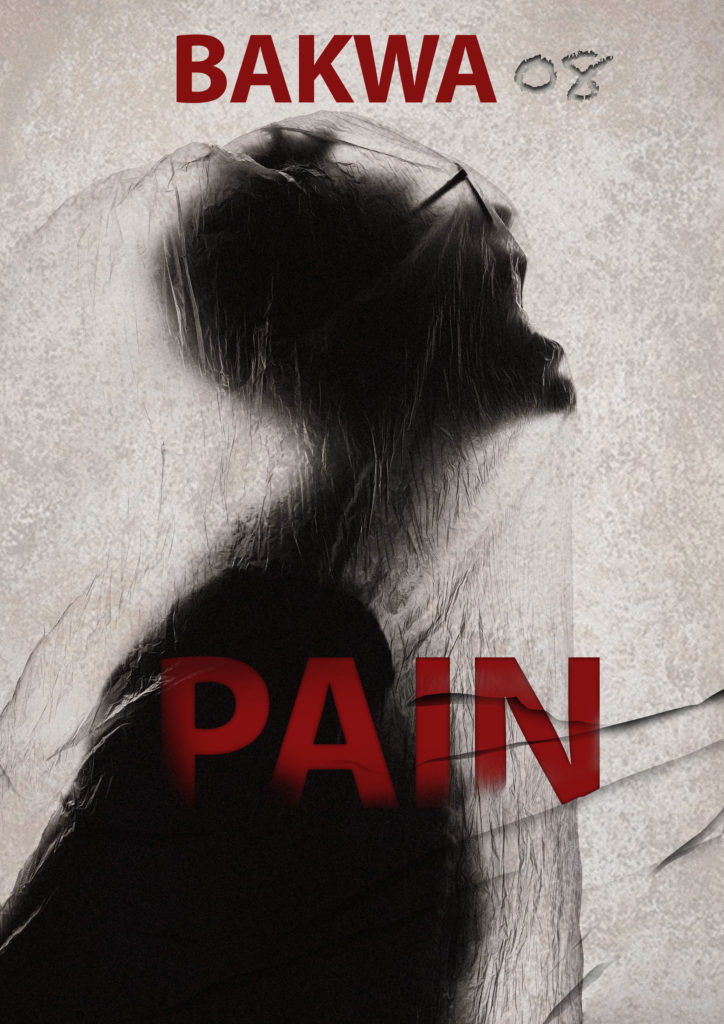 Bakwa was created impulsively, out of the need to fill the lacuna created by the absence of literary and cultural magazines in Cameroon. It was clear from the start, that the page-view economy wasn’t going to work for Bakwa, but it didn’t matter. I didn’t think long term; the platform needed to exist; to fill the void. Eventually, for the magazine to grow, we had to overthink everything.

The first months were as exciting as they were exhausting. I did almost everything from ‘designing’ the site on WordPress to content copy editing. A few editors later joined me, and at some point, L helped with the site’s redesign. She’d recently started a blog, and her HTML skills surpassed mine. This was Bakwa’s first facelift, and things started coming together.
Borrowing its name from the diminutive of Abakwa, a soubriquet of Bamenda, the chief-town of the North West Region of Cameroon, Bakwa sought to highlight its proclivity towards Cameroon, but made space, nevertheless, for original and experimental writing, irrespective of country.

The editorial for the first issue, titled Home and Abroad, set the tone and direction of the magazine as it sought to “engage in cross-continental discourse… among different writers and artists as they influence and challenge each other,” and it featured Kangsen F. Wakai, Mwalimu Johnnie MacViban, Oscar C. Labang, Belinda Otas, Wirndzerem G. Barfee, Eleanor L. Bennett and Fon Tuma among others. Creative nonfiction had found a new home in Cameroon as we sought to challenge the way writing was produced and consumed.

The third issue, published in 2012, was a collaborative issue in partnership with The Ofi Press, an online literary magazine based in Mexico and edited by Jack Little. The Ofi Press published a special West African edition, with content in English and Spanish, which focused on West Africa, while Bakwa, in turn, published a special Mexican issue, focusing on Mexican art, culture and society, with most of the content in English and some Spanish translations

After six online issues, which were more often than not quarterly, we decided to switch to a less predictable weekly publishing model, in order to address urgent topics and fit into ever-evolving cyberspace. Flexibility had always been very important because it guaranteed adaptability and reinvention.

A major shift in direction started in 2016, when we realized that we could only do as much with an online-only presence, and needed a physical presence as well— this led to the creation of the Bakwa Magazine Reading Series (a public quarterly event which brings together a wide selection of writers, translators, editors and poets, and connects them to various local communities by hosting events in different cities), as well as creative writing workshops. We collaborated with the Goethe-Institut Kamerun and Phoneme Media to launch the Bakwa Magazine Short Story Competition— the shortlisted stories as well as some longlisted stories and commissioned stories will be anthologized in August, 2018, heralding our foray into print publication with Bakwa Books. Another major collaborative project is the Limbe to Lagos Literary Exchange Programme, in partnership with Saraba Magazine, Goethe-Institut Kamerun and Nigeria. Creative nonfiction stories written as a result of this mentorship programme will be published soon.

As the year unfolds, we’ll roll-out various changes (some of which started last year)— from food reviews, to podcasts, and revert to quarterly themed issues. These issues, which will be on pdf, and longer than the content we feature on the website, will pick up where we ended, with issue 8. This will be followed by a reissue of our back issues in pdf, and who knows, maybe print.
We invite you to join us, as we continue telling the stories of the continent, with literary excellence as our focus.

Dzekashu MacViban is the author of Scions of the Malcontent and the founder of Bakwa Books and Bakwa Magazine. His fiction has appeared in Wasafiri, Kwani?, Jungle Jim, and elsewhere, and his writing has been translated into Japanese, German, French and Spanish. He is the recipient of an Akademie Schloss Solitude Fellowship.